Finally, I found a good excuse to re-write my old Pyro Module Generator.

This tool was originally made when I was freelancing. I built it off the Sample Module project on Github. I wanted to be able to build modules quickly, since I wasn’t using streams. In fact, streams wasn’t even a thing when I made the first version of the module generator.

Again, I have made a live hosted version of the generator which you can use without having to have anything setup locally. The generated module is zipped and then ready for download.

The source is also on Github for people who want to patch issues or fork.

This new version is built with PhalconPHP because phalcon is crazy fast and easy to make small apps with. I managed to get the whole thing re-written in a day. Much of the code was a copy paste for the build process. But now the Add Field button is actually an AJAX call to generate a new partial for the new field. This is much nicer than the pervious version.

That being said, YOU MUST HAVE PHALCONPHP INSTALLED TO USE THIS APP!!.

There are a few little things I need to refactor, so that when 3.0 comes out, it will be easy to switch between the different versions of Pyro.

Just throw it in your localhost root and point your browser to it. There is no database, since it just writes and renames files for you.

If you have used a custom folder name (and didn’t just clone as pyro-module-generator), then open the config/config.php and change the baseUri to match that folder name.

Included in all generated modules is the following setup:

The generated module gets put in the public/generated/ folder. As well as the Zip file.

Screenshot of the current version of the app 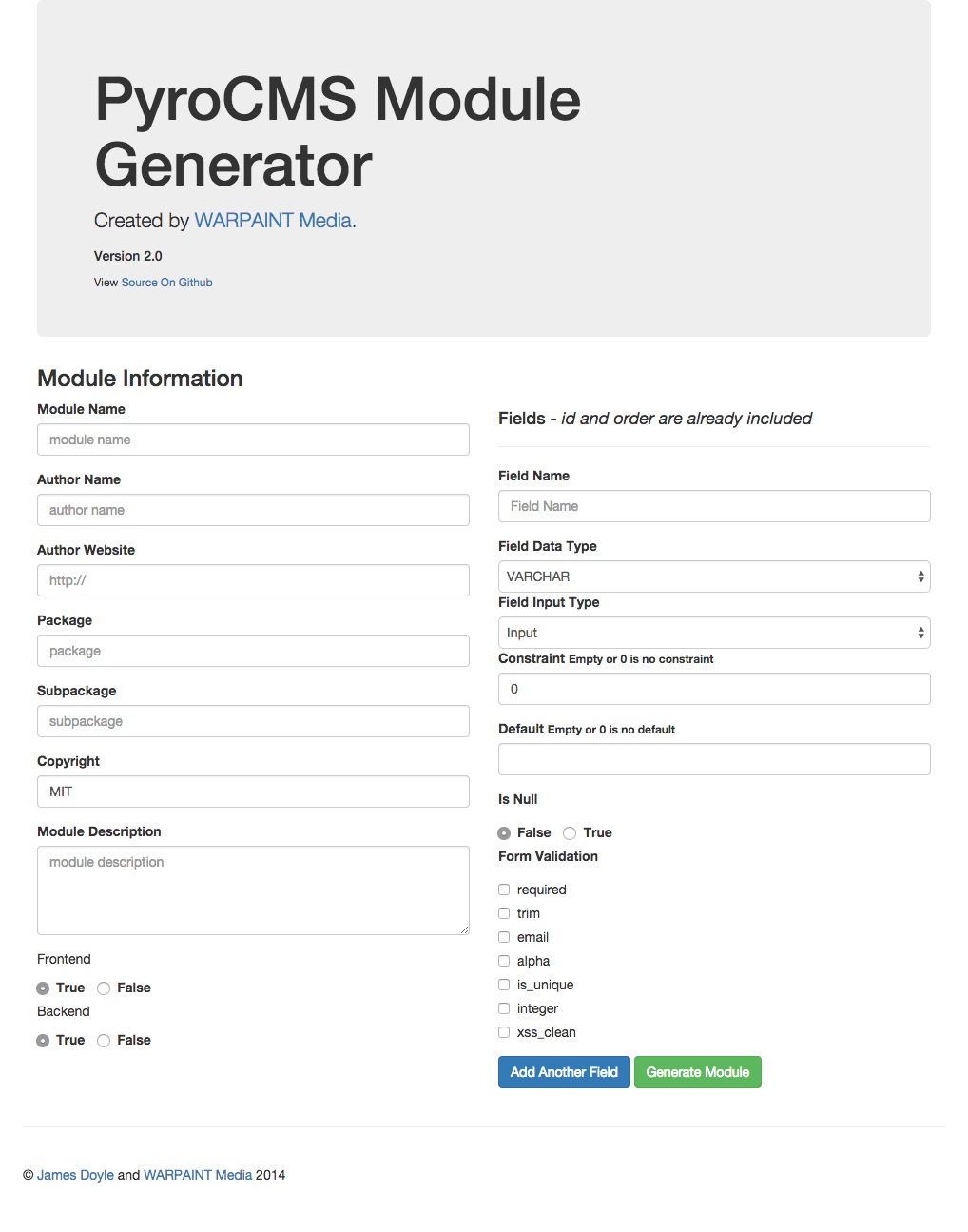 I'm a full-stack developer, co-organizer of PHP Vancouver meetup, and winner of a Canadian Developer 30 under 30 award. I'm a huge Open Source advocate and contributor to a lot of projects in my community. When I am not sitting at a computer, I'm trying to perfect some other skill.